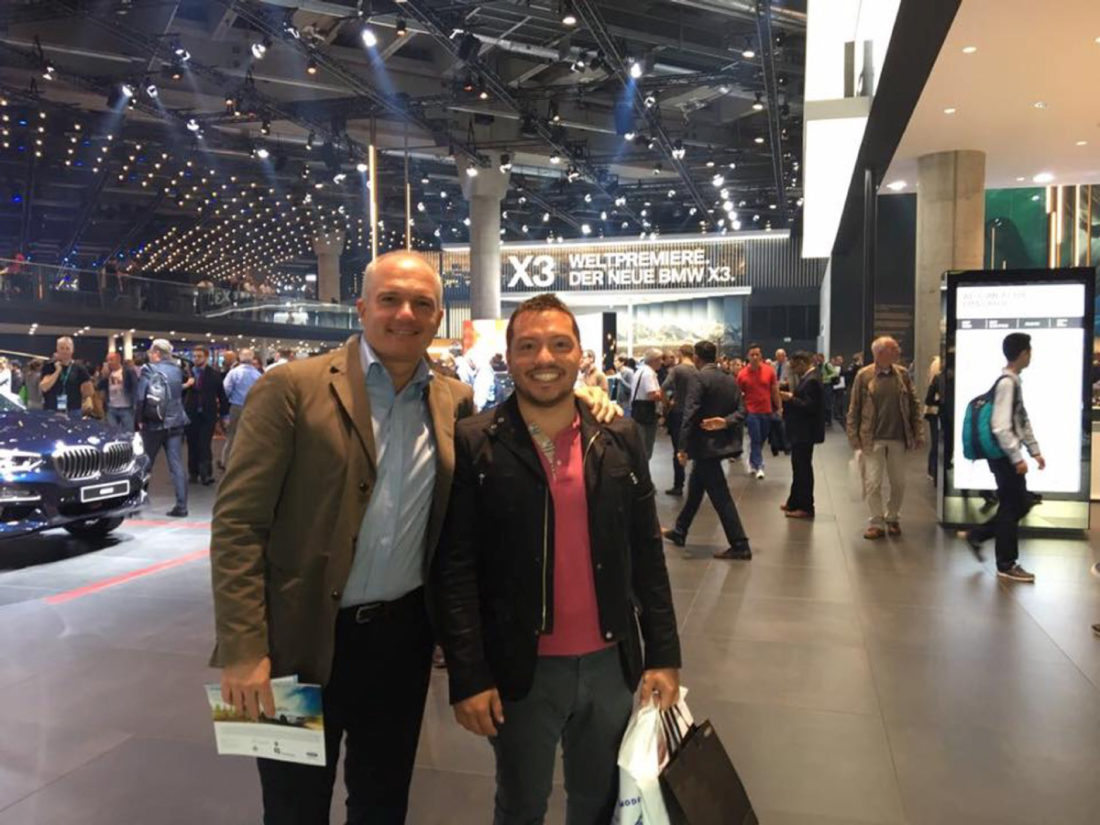 IAA2017 more than the other motorshows is a pointbreak where “car-guys” can see how the automotive trend is doing and where is going.
As seen last year in the Paris Autoshow, it’s becoming more and more popular to forget about the engine(s) and focus on the cockpit, entertainment system and to answer to the question “does this car mirror my apps”?
That’s why you can see almost all hoods closed  (I was pointed like an alien while picturing the signature on the top of the brand new S65 AMG engine!) and people spending minutes sitting and playing with switches inside.
Oh, I said switches, but have a look at all these vehicles to be prepared for the future:
Range Rover Velar shows steering wheel capacitive pads to recognize the fingers position (but you still have to push to confirm).
Audi A8 while even the hazard button has its touch version.
VW Polo, even the newest B-segment from Wolfsburg has the virtual cockpit and the all-touch mutimedia system!

…and will not jump to deep in the concepts from Daimler, the EQ and the MaybachSix with its door panels’ integrated touch display for seats functions control, as those are still a design exercise (even if closer to reality, today much more than yesterday).
Ok, switches are still there, and carmakers are running to get out the finest quality and perceived feeling (even with some imperfections from whose pricelist is not that cheap..see the baby Jag E-Pace) but we had an introduction to the future, for the first time on series models.

This is why Vimercati started to innovate.
Be ready….and stay tuned!